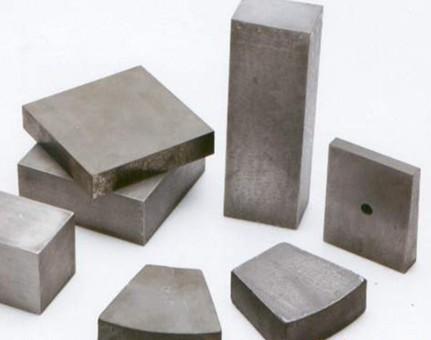 Ferrite is a ferromagnetic metal oxide. As far as electrical properties are concerned, the resistivity of ferrite is much larger than that of metal and alloy magnetic materials, and it also has a higher dielectric function.

Ferrite belongs to the category of semiconductor electronically, so it is also called a magnetic semiconductor. Magnetite (the key component is Fe3O4) is a simple ferrite. Ferrite has been merged as early as the beginning of the 20th century.

In the 30th century, France, Japan, Germany, and the Netherlands carried out systematic discussions. The production of ferrite soft magnetic raw materials has been in the Netherlands since 1946. China started manufacturing the ferrite industry around 1956.

At high frequencies, it has much higher permeability than metal magnetic materials (including ferronickel alloy and aluminum-silicon-iron alloy). It can be applied to work at frequencies ranging from several kilohertz to several hundred megahertz. Processing ferrite belongs to the usual ceramic process, so the process is simple, save a lot of precious metals, low cost.

The saturated flux density of ferrite is low, usually only 1/3-1/5 of iron. Ferrite has a low magnetic energy reserve per unit volume, which limits its use in demanding high magnetic energy density at low frequency, high current, and high power band boundaries. It is more suitable for high frequency, low power, and weak electric field surface.

Nickel-zinc ferrite can be used as an antenna rod and medium frequency transformer core in radio, and manganese-zinc ferrite can be used as a line-conveying transformer core in the TV receiver. In addition, soft magnetic ferrites are also used to add sensors and filter cores in communication lines. A high-frequency magnetic recording transducer has been used for many years.

2. Permanent magnetic ferrites include barium ferrite (BaO.6Fe2O3) and strontium ferrite (SrO.6Fe2O3). High resistivity, belongs to the semiconductor category, so eddy current consumption is small, the coercive force is large, and can be used effectively in the air gap magnetic circuit, unique for small generators and ideas of permanent magnets. It does not contain precious metals such as nickel and cobalt.

The raw materials are excellent, the process is not complicated and the cost is low. It can be used as a substitute for AlNiCo permanent magnet. Its contrast large magnetic energy product is lower, so it is larger than a metal magnet in the condition of considerable magnetic energy. Its temperature stability is poor, its texture is brittle and fragile, and it can not withstand the impact and sensation. It is not suitable for measuring instruments and magnetic devices with care requirements.