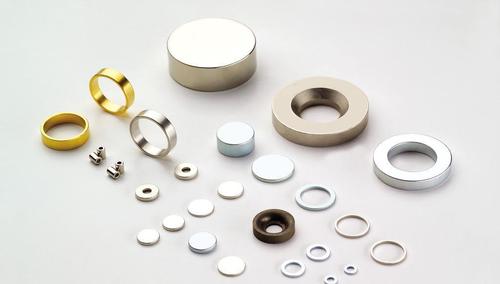 But rare earth magnets (neodymium magnets, samarium cobalt magnets) can produce a magnetic field of more than 1.4 tesla, which is much larger than the usual Al-Ni-Co or ferrite magnets.

The Ferrite permanent magnet is also known as a Ceramic Magnet and even as a hard ferrite magnet. The name is interchangeable but they all refer to exactly the same material type. They are known as Ceramic Magnets because they are electrically insulating. Ferrite permanent magnets exist in two forms – Strontium Ferrite magnets and Barium Ferrite Magnets. The Strontium Ferrite Magnets are the most common.

Ferrite magnets are darker grey in color and are often referred to as having a “pencil lead” appearance.