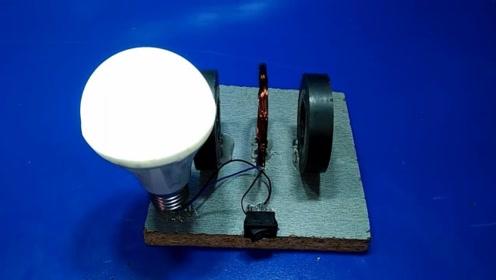 Neodymium magnet is a permanent magnet material based on the intermetallic compound Nd2Fe14B. NdFeB permanent magnets have been widely used in modern industry and electronic technology due to their high magnetic energy product and coercivity, and high energy density, which makes it possible to make instruments, electroacoustic motors, and magnetic separation, and magnetization equipment small, lightweight and thin.

Neodymium has the advantages of high-cost performance and good mechanical properties; the disadvantages are low Curie temperature point, poor temperature characteristics, and ease to pulverize and corrode. It must be improved by adjusting its chemical composition and adopting surface treatment methods to meet the requirements of the practical application.

The sintered NdFeB permanent magnets are made of powder metallurgy. The melted alloy is made into powder and pressed into compacted embryos in the magnetic field. The compacted embryos are sintered in inert gas or vacuum to achieve densification. In order to improve the coercivity of magnets, aging heat treatment is usually needed.

Comparison between NdFeB and other permanent magnets

The principle of ferromagnetic NdFeB

1. Ferromagnetic materials such as iron, cobalt, nickel, or ferrite are different. The electron spins in them can be arranged spontaneously in a small range to form a spontaneous magnetization region, which is called a magnetic domain. In ferromagnetic materials after magnetization, the internal magnetic domains are neatly arranged in the same direction, so that the magnetism is strengthened, constituting a magnet. The magnet’s absorption process is the magnetization process of the iron block. The magnetized iron block and the magnet produce attraction between different polarities, and the iron block is firmly attached to the magnet.