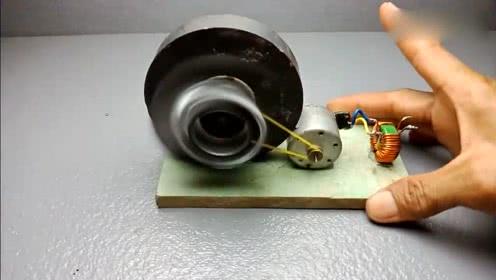 At room temperature, the neodymium magnet is the most powerful permanent magnet.

At the same time, a technological revolution driven by permanent magnets opened the curtain. Anywhere you want to produce the strongest magnetic field with the least amount of material, Neo permanent magnets are preferred: car engines, spindle motors on CD and DVD readers, electric signals converted into sound diaphragms in headphones, and speakers, and super magnetic fields needed in medical magnetic resonance technology… By 2010, even though cheaper ferrites still dominated the market, neodymium permanent magnets were worth more than a dozen or even hundreds of times more than ferrites in terms of volume.

However, when Neo permanent magnets were developed, the demand for rare earth metals surged. Rare earth metals aren’t really rare on the planet — they are a few parts per million in the earth’s crust — they’re “rare” because they’re hard to find.

The United States has invested huge sums of money in finding new permanent magnets. At present, scientists are trying to improve the performance of Fe Ni alloy permanent magnets. Usually, when two magnetic metals, iron, and nickel, are fused together, they form disordered structures in which it is difficult to align electrons in the same direction. One exception, however, is that iron and nickel atoms are arranged in regular layers in a mineral called cubic nickel rubble. Once a magnetic field is applied, the electron spins tend to move in the same direction.

But this mineral is very difficult to form under natural conditions, especially on the earth. In fact, the only orthoclase sample in the world today comes from a meteorite that took at least billions of years to form. One billion years is certainly too long for us. The goal of scientists is to synthesize it in the laboratory and do what nature needs to do for billions of years.

Another ongoing attempt that seems to be completely different is to use carbon as a permanent magnet. It is well known that graphite and diamond are non-magnetic, and the incorporation of carbon into pure iron also makes it lose its magnetism. But making compounds of carbon and other elements into nanoparticles is another matter. Scientists found that the material showed strong magnetism. For commercial secrecy, what the material is and how to make it is not convenient for scientists to disclose. But they say the permanent magnet will one day beat neodymium at both performance and price.