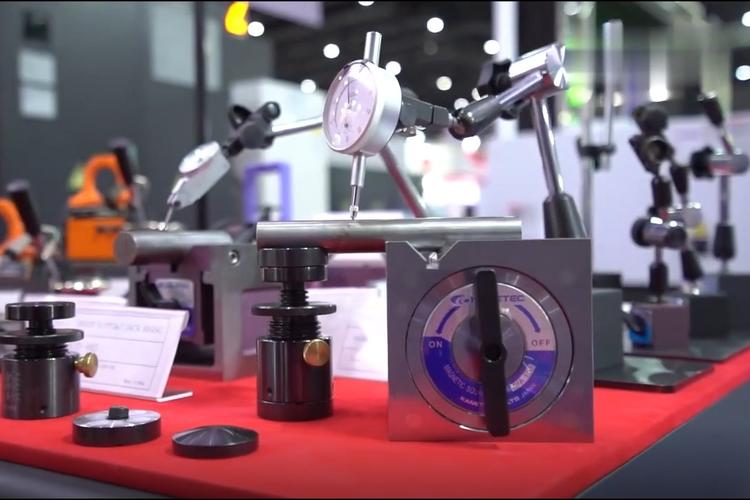 In recent years, SmCo magnets have developed rapidly in the refrigeration industry. The development of magnet refrigeration depends not only on the development of magnets but also on the optimization of the external magnetic field circuit. For rotary room temperature refrigerators, based on Halbach array rotation theory, the magnetic induction intensity in the center of the working air gap increases with the height of the soft magnet, and there exists an extreme point, while the mass of the permanent magnet decreases gradually with the height of the soft magnet.

Maybe one day, your refrigerator can use magnets as refrigerants. Massachusetts Institute of Technology (MIT) scientists have recently developed an equation for describing electron transport in thermoelectricity to describe the transmission of magnets. They have found that if they are in a different magnetic field, the magnets may move from one end of the magnet to the other, taking away heat and producing a cooling effect. Relevant papers were published in the latest Physical Review Letters.

Magneto is very much like electrons. Electrons can carry charges and conduct heat at the same time. They can move under the action of the electric field or temperature difference. This phenomenon is called the thermoelectric effect.

Scientists have been studying thermoelectric effects, such as thermoelectric generators that convert heat directly into electricity or refrigerate without any moving parts. Magneto-oscillator can also move under two kinds of forces: temperature difference and magnetic field. Researchers have developed the Boltzmann equation describing electron transmission in thermoelectricity. After derivation, two new equations describing magneto transmission are obtained. They can use a new equation to predict the refrigeration effect of the magneto, similar to the thermoelectric refrigeration effect. When the magnetic oscillator is in a different magnetic field, it will carry heat from one end of the magnet to the other.

They built a model with ordinary magneto-insulators, collected data from previous data, and entered the new model. It was found that when there is a mild magnetic field gradient, it can produce a smaller refrigeration effect, while at low temperature, the refrigeration effect is more obvious.

“You can absorb heat from one side to the other and essentially use magnets as refrigerators.” MIT mechanical engineering graduate student said, “You can imagine wireless refrigeration that can cool a magnet placed a meter or two away, or your portable computer by applying a magnetic field.” According to their theory, the magnetically refrigerated refrigerator does not need any moving parts, unlike traditional refrigerators, which use a tube to pump liquid continuously to maintain a low temperature.

The director of the MIT Department of Mechanical Engineering believes that the first applications of the magneto refrigeration effect may be those that require wireless refrigeration at very low temperatures. “At present, the possible applications are in the field of low temperatures, such as refrigerating infrared detectors. But we still need to prove this theory through experiments and find better materials. We hope this will promote new experiments.