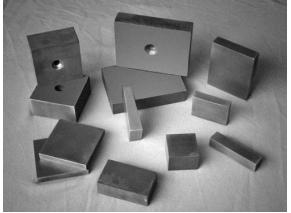 Neodymium countersunk magnets are magnets shaped like rings with a hole in the middle. Their magnetic force is very strong despite the size of the magnet. They are known to be five to seven times stronger than ceramic (hard ferrite) magnets. The countersunk neodymium magnets have many domestic and commercial uses. They can only work with countersunk screws as they are very brittle and fragile magnets.

It is imperative to use neodymium countersunk magnets according to the manufacturer’s instructions. Their usage ranges from science class demonstrations to hobby crafts, stud finders, or organizers. They can also be used on metallic tool boxes to stick small tools to them. However, if wrapped on the surface tiny countersunk magnets can lose a little pull force.

When two magnets are stuck together, perhaps to combine their pull force, they won’t separate from each other that easily. It is wiser to slide them apart one at a time to avoid accidents. To stick them together again, a user should be careful not to let them jump or fly. Instead, they should firmly hold them and reverse the sliding process. This will avoid skin pinching and magnet breakage. If they slam together their sharp edges will cut or break.

Unlike ferrite magnets, NdFeB magnets are not toys. Many have lost their fingertips and nails because of mishandling their neo magnets. Severe bone fractures caused by larger neodymium magnets have also been reported. Note that many manufacturers will not accept liability for damages triggered by improper use of their products. When a customer purchases an item, they confirm that they have read and understood the disclaimer information.